Smashed in the USSR by Caroline Walton and Ivan Petrov (2013)

I know that many people's lives have been ruined by alcohol so when I say that this is a wonderful book it's not a glorification of drinking. It's just that the book's so very interesting. It jumped out at me when I first saw the cover. It doesn't disappoint. 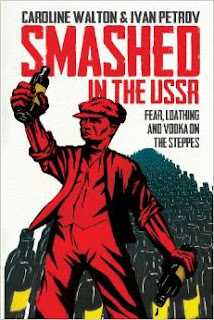 Ivan Petrov was a homeless person in the Soviet Union when homelessness was a crime. And he carried on an itinerant lifestyle for years and years. It was only when he claimed asylum in the UK that the writer Caroline Walton found him and got him to tell his story.

In the Soviet Union, you often didn't have many choices in life. And the 'choice' of becoming what Ivan calls a 'vagabond' was a particularly bold one. But it was also two fingers up to the state, in a manner of speaking. Because the lifestyle meant not playing by the rules; not being the model Soviet family man. OK, it also meant getting beaten up by police and spending much of your life in various camps, prisons and other institutions where drunk people ended up.

But Ivan and friends get to be rude to guards and police in a way that the hard-working population would never have got away with. That's because the homeless people really had nothing to lose. For those that drank anything that could possibly have alcohol in it, from perfumes to furniture polish, there's not far to fall. If you urinated up against a statue of Lenin, there was one of two consequences. If you were drunk, it meant a night in the cells. If it was politically inspired, you faced an altogether more sinister future.

The book gives you an insight into a world that has rarely been reported. It's about the underbelly of Soviet history, with Ivan meandering all over the USSR for decades from the 1960s. Yet Ivan suggests that it was in the government's interest to keep people on the cusp of committing minor crimes. "If someone then turns round and complains about the system, who's going to listen to him if his hands are already dirty?"

But it's the remarkable characters, who Ivan meets throughout the book, that are so memorable. How about this from someone Ivan meets in a market with the fantastic name of Sedoy the Poet of All Russia. He shouts this ditty to passing shoppers:

"Through Stavropol, unrecognised,
I wander as a shadow.
And I practise onanism
On International Women's Day." 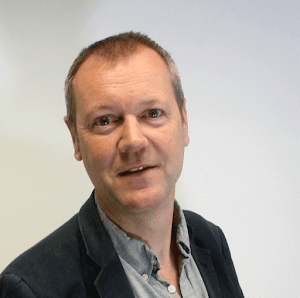 Down's with the kids

Down's without the kids